The High Court has dismissed an appeal against the Full Court of the Family Court on whether teenage children removed from Australia in breach of a parenting order must return despite their expressed unwillingness to do so. Following the Bondelmontes’ separation in 2010, the Family Court made equal shared parenting orders with living arrangements to be decided by the parties and the children. In 2016, the father removed the two teenage boys to the United States, where they stayed for more than 14 days, in breach of the parenting orders. A majority of the Full Court of the Family Court upheld the trial judge’s order that the boys must return to Australia, despite both stating that they refuse to live with their mother, and that provision must be made for them to live with friends’ families if the father does not return with them. Le Poer Trench J, in dissent, held that the trial judge erred in failing to obtain from the children their views on the matter before holding that ordering their return was in their best interests. Mi Community Support Online is a service to help community members to negotiate resolutions regarding disputes during the COVIDS-19 pandemic and includes help for people who have experienced loses due to the 2019-2020 bushfires.

COVID-19 Statements from the Family Court of Australia

This short video explains EAR Statements and includes an example of an ear statement.

Following a hearing before the Full Court, Kiefel J stated that at least a majority of the Court were of the view that the appeal should be dismissed, and made that order. Reasons for judgment were published on 1 March 2017.

The Court (Kiefel, Bell, Keane, Nettle and Gordon JJ) unanimously dismissed the appeal, rejecting the appellant father’s two contentions. The first contention was that the primary judge erred in inadequately considering the boys’ views in the enquiries preliminary to making a determination of their best interests as required by s 60CC, specifically in discounting the boys’ views about remaining in New York because the primary judge disapproved of the father’s actions, and in not putting in place a process to ascertain the boys’ views of about possible alternative living arrangements (at [29]). The Court rejected the appellant’s suggestion that the primary judge’s decision to give less weight to the boys’ preferences was motivated by the judge’s evaluation of the father’s actions (at [40]). Rather, the primary judge, following s 60CC(3)(a), took into account other factors relevant to determining the weight to be accorded to the child’s views: here, that was the extent to which the boys’ views had been influenced by the father, which was clearly relevant to the weight to be given to their stated preferences (at [41]).

The Court also rejected the appellant’s contention that the statutory provisions require that the primary judge canvass the boys’ views on possible alternative living arrangements: nothing in s 60CC(3)(a) requires a court to seek the views of a child, and while s 60CD(2) provides a mechanism for seeking those views, it does not oblige the court to do so in every case (see [43]–[44]). Here, the primary judge’s options for determining appropriate orders on accommodation were narrowed and made more difficult by the fact that the father did not advise the Court whether he would return to Australia or pay for supervised accommodation, the urgency of needing to make an order, and that the third alternative arrangement of the boys living with separate families was not raised by the father and was argued against by the Independent Children’s Lawyer (see [45]–[47]). Given these considerations, the primary judge took adequate steps to ascertain the boys’ views (at [48]). Finally, the Court also rejected the appellant father’s second contention that a court could not make a parenting order in favour of strangers, and that here there was not enough known about those strangers to justify making the order. The Court held that the persons (mothers of longstanding friends of the boys) were known to the Family Court, and had made undertakings to the Court as to the boys’ care and accommodation, which was sufficient, particularly because these were interim orders made in circumstances of urgency (at [51]). Austlii full judgement 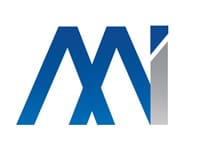 COVID-19 Statements from the Family Court of Australia

This short video explains EAR Statements and includes an example of an ear statement.

Mi Community Support Online is a service to help community members to negotiate resolutions regarding disputes during the COVIDS-19 pandemic and includes help for people who have experienced loses due to the 2019-2020 bushfires.